Rob has been a member of the Exeter Triathlon Club for 15 years and is the club’s President. He has competed in sport for 35 years, including at National level in Cross Country Skiing whilst serving in the Royal Marines, and 30 years in Triathlon.

He coaches the Tuesday sea swims and Friday track sessions.

Rob also undertakes personal coaching within individual one to one specific programmes in Cycling and Triathlon for those who want a personalised session plan incorporating personal tuition and training sessions.

In 2009 Rob was awarded the title of Leigh Day & Co. British Triathlon Coach Of The Year. The coaches nominated from all the regions and Wales and Scotland and were put forward to a national panel.

Wai completed his first triathlon in 2009 and has since competed in numerous races, including three at iron-distance. He moved to Exeter in 2015 and was soon keen to join the coaching team.

He coaches at the track, pool, and sea-swims, and also runs the indoor bike training sessions. Wai is also an experienced musculoskeletal sports physiotherapist, which he has found to be very helpful in his coaching for movement analysis, biomechanics, and injuries. 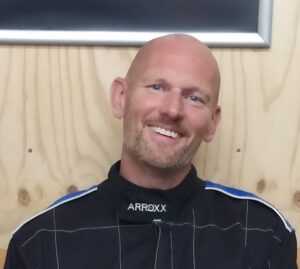 A swimmer and RLSS Lifeguard in his youth Rich joined Exeter Tri Club in 2008.  His passion is Open Water Swimming and he competes regularly – his best achievements being 1st Place in the 2km Seahorse Swim (Dorset) and swimming the entire length of lake Windermere (18km).  He also competes (although rather less successfully) in triathlons, cycle sportives and the odd running event.

Rich started his coaching journey when his youngest son joined the Tri Club in 2015, initially as a parent helper, then progressing onto British Triathlon Level II. His claim to fame is being on the same Level II course as the World Champion Helen Jenkins and then beating her in a swimming race (he sometimes forgets to mention that she was 8 months pregnant!).

Over the years he has coached many of the sessions the club delivers both Junior and Adults.

Rich’s next big challenge is an English Channel relay with a team from Exe Masters Swimming Club – no wetsuit!

Rob has been involved in Triathlon for more than ten years and has been coaching almost as long. Having competed at all distances from sprints to Iron distance. Even after this time still enjoys the competing and the processes necessary to get there, although being honest enjoys the coaching and taking others through these processes and the discussions around
it even more. As a level 3 coach he is available for one to one coaching feel free to approach him to discuss.

Having gone through and engaged with all the levels of the BTF coaching pathway and always keen to keep learning and progressing not just for own development but also others this year sees Rob train as a Level 3 PT instructor and also be part of the inaugural Motivational Sports Coach programme focusing of various parts of spots and performance
psychology an area of keen interest for him.

You can see Rob at most sessions particularly Monday and Wednesday Pool Swims, Tuesday Sea Swims and Friday Track sessions also new for him Junior swim on Saturday.

Charlie has been a triathlete and coach for the last 10 years – a mid life crisis turned to a lifestyle ! He has competed and completed all distances from sprint to Ironman and been part of the GB Age Group team at standard distance. Charlie’s coaching philosophy is all about inclusion, encouragement and enjoyment. He currently coaches junior and senior track and open water swimming.

Gavin first started his journey into triathlon in 2016 after taking part in the Exe Valley Tri, he immediately became addicted and joined Exeter Tri Club. The following year he took part in his first half ironman distance event and the hunger for long distance triathlons was born. For 2018 the natural progression was a full Ironman, in Nice. This was an achievement that was beyond his wildest dreams but thanks to the Exeter Tri Club he was given the backing to succeed. Gavin felt he wanted to give something back to the club and became a Level 1 coach in late 2018. He has now started his training to become a Local Technical Official to allow him to officiate triathlons for BTF.

I’m an enthusiastic but amateur cyclist, runner and swimmer and have taken part in a number of events including the Tour of Britain Devon stage ride, Dartmoor Classic and Great West Run as well as a couple of sprint distance triathlons, but am now training for my first half iron man distance event in June.

Simon has been competing in triathlon since 2008. He moved to Exeter in 2009 and immediately joined Exeter Tri Club as his knees were too wrecked to keep playing hockey. Simon has competed at triathlon at all distances and has been Race Director of the Exe Valley Triathlon since 2016. He first became interested in coaching when his daughter took up triathlon and pointed out that he wasn’t qualified to give her any swimming tips. He is particularly interested in encouraging kids to participate in sport regardless of ability. Simon coaches track, senior and junior swimming, and often co-ordinates the uncoached Sunday cycles.

Elliott has been a club member since 2016 and lived in Exeter all his life, after competing in his first triathlon in 2015 he was completely hooked. Competing in seven or eight races a year, he is often in the top three of his age group. Now as a level two coach he is keen to help others progress and enjoy triathlon. 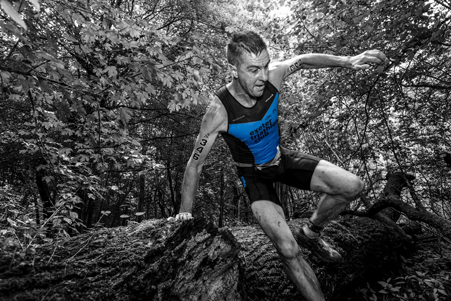